Blue skies, calm seas and great vis made an awesome 4 days diving at the Cavalli Islands. The highlight, as usual, was dropping on to the wreck of the Rainbow Warrior for the first dive of the day. We had the wreck all to ourselves and from the surface I could see the divers making their way over the wreck with a good 15-20m visibility. With nearly 30 years on the sea floor a wealth of marine life has established itself on the wreck. 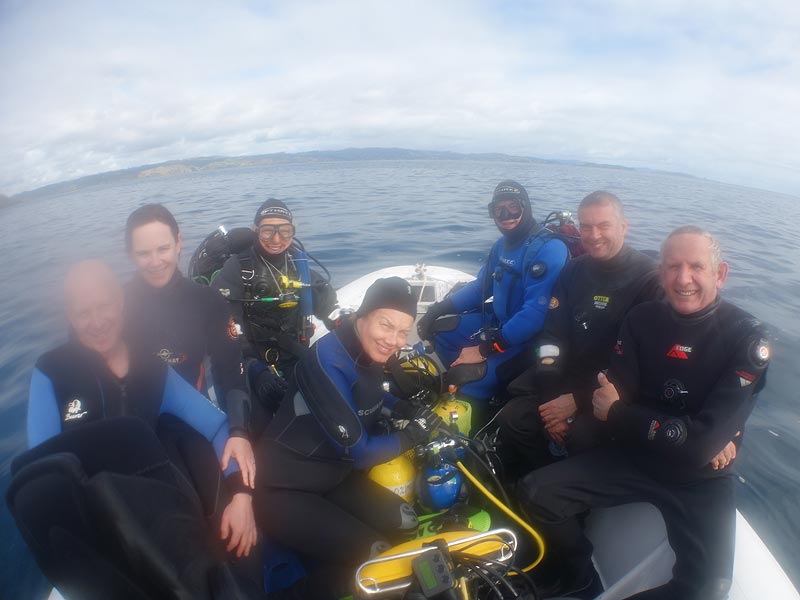 Almost everybody maximised their bottom times using nitrox to reduce the nitrogen loading with depths up to 26m. A few rebreather divers comfortably diving for 50+ minutes without any decompression obligations.

Following a surface interval on a nearby beach, the second dives were made on various islands and reefs within the Cavalli group. After many years of diving and instructing in the UK and NZ, Paul and Bianca said they had never seen as many fish on one particular dive. 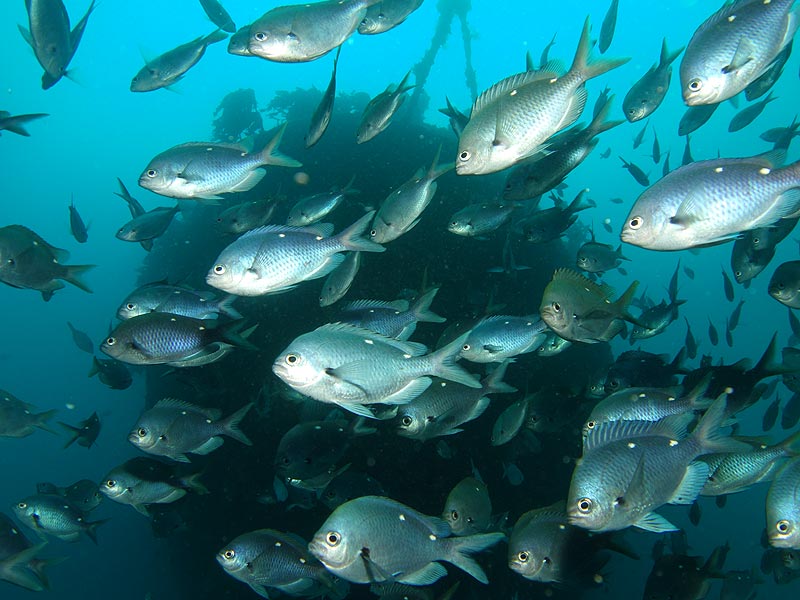 Stern of the Rainbow Warrior Wreck

The water temperature was a balmy 15.5 degrees and some keen divers were tempted in for a night dive. There were many juvenile packhorse crayfish parrading about and a couple of playful octopus. 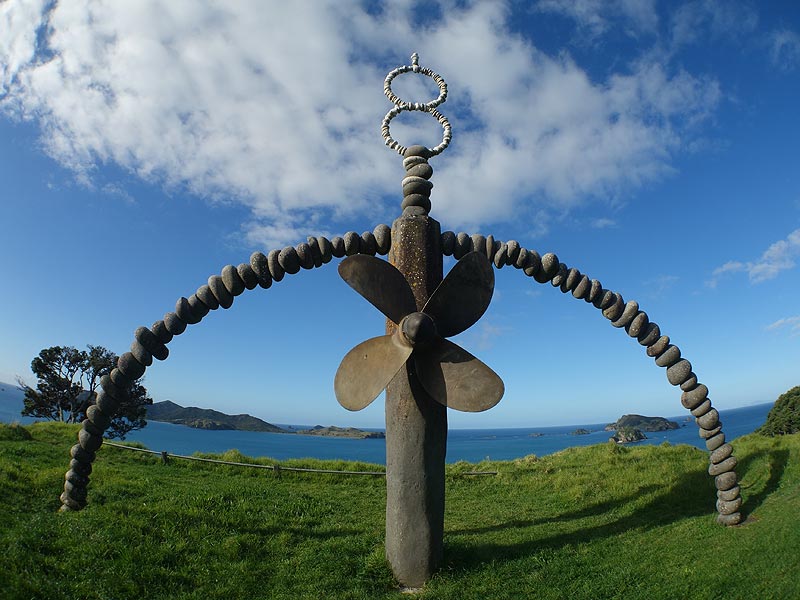 Most of us also treked up the hill at the end of Matauri Bay to visit the monument erected in rememberance of the Rainbow Warrior, which also provides a stunning lookout over the Cavalli Islands and Matauri Bay.